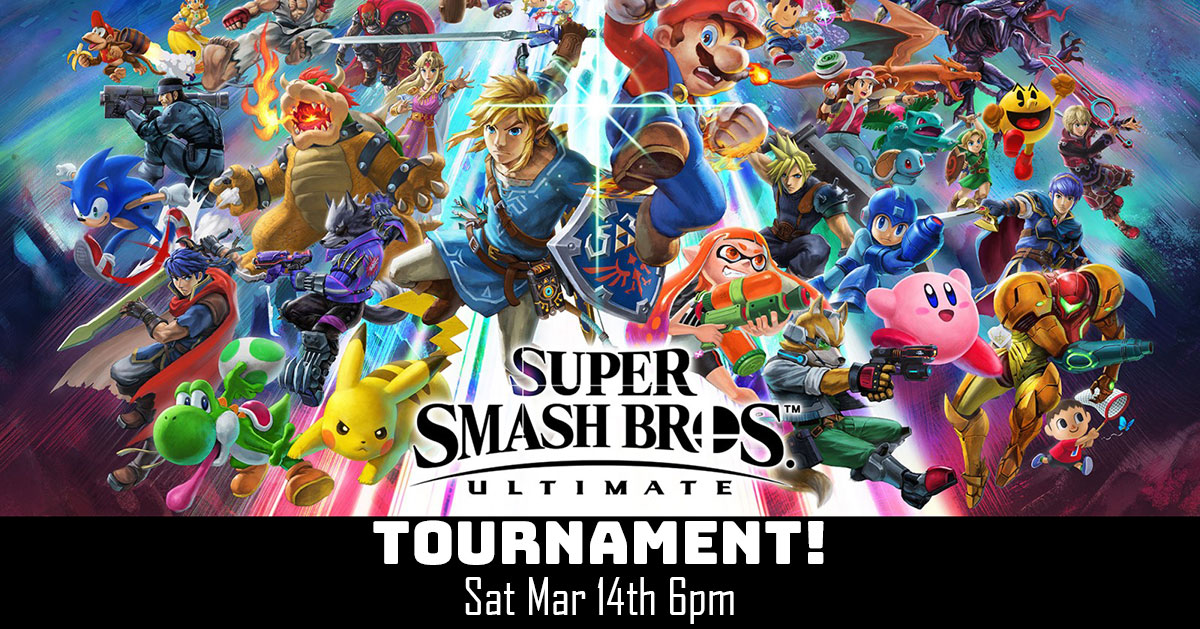 Bring your friends and challenge other area gamers in Super Smash Bros. Ultimate for the Nintendo Switch! Prizes for top players will include Games Club prizes and memberships, so bring your top game and play to win!

Tournament entry is $10. BONUS: when you register online, you can also order pizza by the slice! Players can register online or at Games Club, but please note that for this tournament, pizza is only available to purchase in advance via online registration!

Winning player is not locked into the same character for the next match, but they MUST pick a character before the loser
You may NOT pick any stage you have previously won on during the set UNLESS mutually agreed upon
If the game ends with a self-destruct move, results screen will determine the winner
Sudden Death will result in a 1 stock/2 minute play off match